A Hybrid imagination. Science and Technology in Cultural Perspective 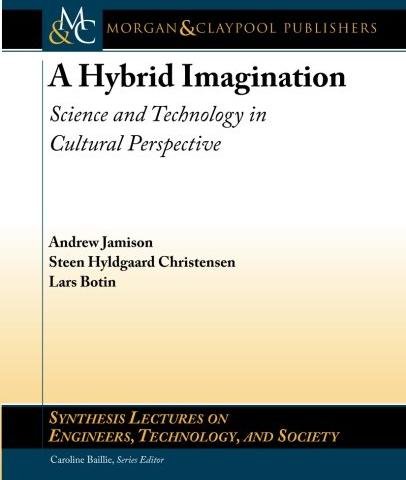 "This book presents a cultural perspective on scientific and technological development. As opposed to the "story-lines" of economic innovation and social construction that tend to dominate both the popular and scholarly literature on science, technology and society (or STS), the authors offer an alternative approach, devoting special attention to the role played by social and cultural movements in the making of science and technology. They show how social and cultural movements, from the Renaissance of the late 15th century to the environmental and global justice movements of our time, have provided contexts, or sites, for mixing scientific knowledge and technical skills from different fields and social domains into new combinations, thus fostering what the authors term a "hybrid imagination." Such a hybrid imagination is especially important today, as a way to counter the competitive and commercial "hubris" that is so much taken for granted in contemporary science and engineering discourses and practices with a sense of cooperation and social responsibility. The book portrays the history of science and technology as an underlying tension between hubris -- literally the ambition to "play god" on the part of many a scientist and engineer and neglect the consequences - and a hybrid imagination, connecting scientific "facts" and technological "artifacts" with cultural understanding. The book concludes with chapters on the recent transformations in the modes of scientific and technological production since the Second World War and the contending approaches to "greening" science and technology in relation to the global quest for sustainable development. The book is based on a series of lectures that were given by Andrew Jamison at the Technical University of Denmark in 2010 and draws on the authors' many years of experience in teaching non-technical, or contextual knowledge, to science and engineering students. The book has been written as part of the Program of Research on Opportunities and Challenges in Engineering Education in Denmark (PROCEED) supported by the Danish Strategic Research Council from 2010 to 2013."