The Gifts of Athena. Historical Origins of the Knowledge Economy 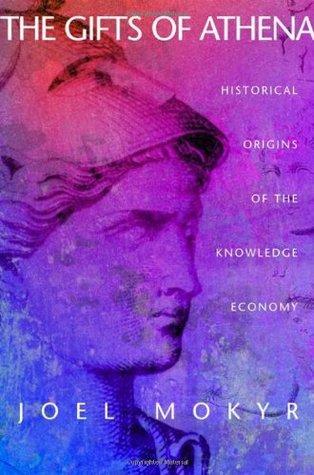 "The growth of technological and scientific knowledge in the past two centuries has been the overriding dynamic element in the economic and social history of the world. Its result is now often called the knowledge economy. But what are the historical origins of this revolution and what have been its mechanisms? In The Gifts of Athena, Joel Mokyr constructs an original framework to analyze the concept of "useful" knowledge. He argues that the growth explosion in the modern West in the past two centuries was driven not just by the appearance of new technological ideas but also by the improved access to these ideas in society at large--as made possible by social networks comprising universities, publishers, professional sciences, and kindred institutions. Through a wealth of historical evidence set in clear and lively prose, he shows that changes in the intellectual and social environment and the institutional background in which knowledge was generated and disseminated brought about the Industrial Revolution, followed by sustained economic growth and continuing technological change."